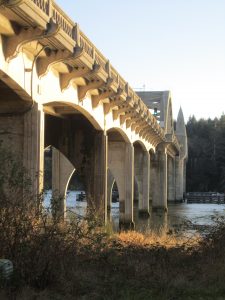 In an effort to weed out the trolls we will try posting our more adventurous blogs to my website first. What I find is trolls and people who don’t really want to have a conversation, don’t like to work hard. If you make them click to an alternate site, many stay away.

Today I think we should talk about “Trust” and how to regain it.

We as humans need to be around people who have “A” similar belief. This doesn’t mean we have to agree on everything or practice the same religion or ideology. It doesn’t even mean we have to belong to the same political party or even align with a party at all. But to create community we need a belief that links us together, something we can agree on. We need a starting point, a place to begin and as I see it right now we’ve lost that in our country.

Once upon a time we lived in a country where people believed you could disagree on issues and ideas but we held a common belief that we still needed to work together to make our community strong.

I remember, my dad, negotiated contracts for the Oregon Education Association. He would fight tooth-and-nail with superintendents and school boards in the session but afterwards they’d all go to dinner together.

Can you even imagine that happening today, Never?

We preach community, diversity and tolerance but when it comes to opinions we allow only those that line up with ours into the conversation.We assume everyone must agree with us and never imagine someone could think differently. Oh, and if they do we try to convince them they are wrong rather than really listening to their point of view.

I think this is what happened in the Presidential election. We were thrown off guard when Trump won because many assumed their way was the right way and got blind-sided when a quietly oppressed group of people turned out and elected Trump.

I was really surprised at first. I had no idea the guy could win. Now, looking back I get it. Culture assumed people were on the same page and if you weren’t you didn’t matter. The Left failed to see the frustration of the Right. When you believe you hold the answers and scream too loud, too long, you fail to hear the quietly growing frustration of your opposition and that’s what I think happened in November.

The Right is no better. They do the same thing but this time it worked in their favor.

What we lost is trust. We have no standard, you know a basic belief from which to base trust on. We don’t believe in open conversation. We don’t allow people to disagree with us. We don’t want to be tolerant of diverse ideas and we certainly don’t want to compromise.

I just read a Facebook post from a friend going into great detail about why she will not compromise or even listen to the other side and listed reason after reason. As I read them I thought to myself how arrogant of her to not even entertain the idea that one or two of her points may be wrong or off a bit.

Trust is hard to restore. Look at trust in any relationship. Once it’s damaged restoration is next to impossible.

DO WE JUST GIVE UP!

I think we do have to give up to some degree. Not on working together, seeking common ground or finding  solutions. But we have to give up on being right, owning the conversation, assuming our way is the only way and in the process close our mouths more and open our ears.

What if for one moment we stepped over the lines WE draw to the other side to see why they believe the way they believe? What if we stopped reacting and started really listening, would we find a pebble to stand on that could turn into a rock and perhaps a foundation for real change?

My fear is fear itself. Fear is a terrible motivator and so many are operating out of fear right now they are unable to look past it to find solutions. Fear is so debilitating people hide in it refusing to look beyond predictions and possibilities to actual truth and fact.

Perhaps we all need to stand down a little bit. When I was a kid and fear grabbed me my mom used to tell me to take a deep breath. At the time is seemed so stupid I had to fight to keep the world from falling apart. But my mom was right, a lot of time taking just a moment to pause, didn’t change the situation or the world but it did transform my perspective.