When I awoke this morning I wasn’t trying or even thinking about stepping on a landmine but after reading some of the critic’s comments about the new movie The Shack, I’m ready to go.

LET ME START WITH MY ORIGINAL THOUGHTS

I sniffled and snorted all through the movie choking down tears as I watched The Shack with my wife last night.

I can’t tell you the last time I cried that hard, let alone at a movie.

I was afraid the movie was going to be too Christian but was pleasantly surprised only a few places got a little close to the line where I wanted to roll my eyes. 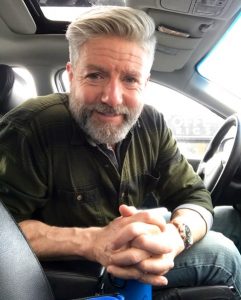 I wonder what a non-Christian will think of this movie. I would guess they might see it a little churchy but for a guy who’s been out of the institution called “The Church” for more than a decade I saw just a few signs of traditional religion or trying to sell me anything.

Why Did I Cry?

There is a longing deep inside me that wants to better understand God. Something in me that craves closeness to Yahovah. The Shack gives me one man’s view of what that might be like. It makes me long for my own shack, my own experience one on one with God and causes me to look at my own life to see how I can partner with Him to do that.

I thought of my own relationship with my father and forgiveness. I thought of some of you and my attitude. I thought of the last ten years of difficulty and the message of “The Shack” gives me a sense of peace. 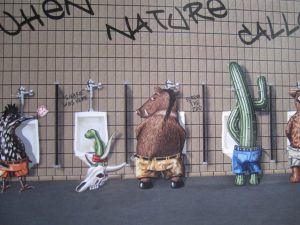 When “Wisdom” a character in the movie that explains judgment challenges the main character to pick one of his children to damn to Hell, you can’t help but feel his pain. When he says: “Take me not them” something sinks in that gives you a sense of what it might have been like for God.

The Keepers of the Details

The Shack is not trying to be biblically accurate, something the critics get hung up on. While theologians rip apart the details they do exactly the opposite of what the book does which is to show the love of God and try to explain some of the more difficult aspects of our creator and he also talks about consequences, something the critics seem to ignore.

But today their message isn’t sitting well with audiences and yet they continue to hammer it forward. People see the good things God instructs us to do and they see that many “religions” are doing the opposite.

What I’m Not Saying

I’m not saying there is no Hell or Heaven but what I’m saying is the point of the movie is a relationship with God is much more than that.

I believe God wants us to live perfectly now and He gave us a list of commands, strategies and guidelines in order to do that.

But the very “experts” throwing darts and warnings at “The Shack” fail to keep His commands and instead add more tradition and doctrine to the message. In the process the love they profess gets covered with conditions and things not found in the original Torah.

I highly recommend this movie to anyone. This is entertainment but there’s a strong message of faith to be found and in the world we live in today, it’s a message we desperately need to hear. Don’t get lost in the details and if you choose to do so, make sure you understand the details that are important to God not just the doctrine of modern day Christianity.

For me a corner was turned last night and I long for the day when I get to meet my creator face to face and He says to me, you almost got it right and I love you.