I was raised in a “Christian Home” and grew up with a false understanding that the Passover was for other people.
REALLY?
If that’s true why does God say over and over in the Bible to honor his celebrations?
He says nothing about Christmas or Easter, and yet Christian culture openly protects these alleged “Christian Festivals” with everything they have.

In reading the Bible and studying history I’ve discovered a few problems with these man-made traditions which led me to look more closely and what God says and less concerned with what man (the church) believes to be true.
I TRIED SOMETHING
I decided, with a little nudging from God, to take a dip in the Passover pond by honoring one of His instructions to take the leaven out of my diet for eight days. 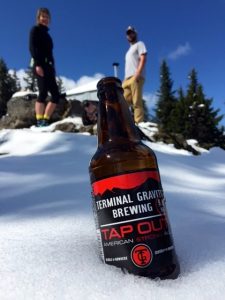 WAIT NO BEER?
You know I love my beer and bread is just part of my life so the thought of leavening my life had its challenges.
NOT LENT
This is not lent. I’m not giving something up I’m really taking something out which in my mind is quite different. I had no hope for massive clarity or thoughts God would repeat the Moses visit with a burning bush.
I did it not to get something but to do something I felt God was calling me to do…Period.
WHAT HAPPENED
I do not ascribe to prosperity doctrine. I think it’s a bunch of rubbish but what I did notice is a sense of peace in my life and business just keeps pouring in. New clients are calling and old ones returning. I did nothing different but my attitude is changing to one of serving rather than being serviced. 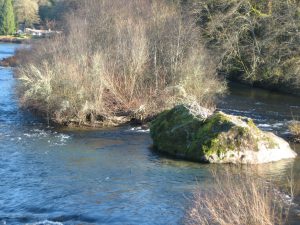 THE ROCK IN THE RIVER
I would describe it as a fast flowing river. There is a rock in the middle and God says: “Rick, pick up the rock.” I don’t remove the rock with hopes the river will flow more quickly. I don’t pick up the rock thinking there is a pot of gold underneath it. I pick up the rock because God told me to pick up the rock.
THE CORRECT “F” WORD
God is big on obedience and we are big on formulas. We like to take moments like this and create a plan for more prosperity and new traditions to bring about more blessing.
I rebuke all of that crap. When we start doing things to get things we ruin everything. I did not purge my system of leaven for any reason but to do what I thought God wanted me to do. Did something good come from it? I don’t know but good things are happening.
The temptation is to do more to get more tugs at my heart. That’s what I learned in church. We are taught to believe if we do good, good will happen. When something really bad strikes that false notion, given by current Christianity blows up in your face. As I resist with everything I have in me to try to do more to get more I must ward off legalism and refuse to create yet another new plan/tradition or law that isn’t even there.

Instead, perhaps I should just do what God says and ignore the rest.

One thing I am certain of, I want to do what God calls me to do and not let Passover, those things He has intended for my life.